We Bask in the Beauty 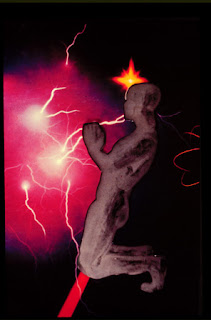 We will bask in the beauty of the believer’s dream
We will ask to have eyes that can see the unseen
The present reality of that beauty will entice
Us to forsake all we own for that pearl of great price.

We celebrate the vision of the power of His might
Christ empowers the mission and we do what is right
The truth is revealed as we walk in the light
Where darkness shall flee as our faith becomes sight. 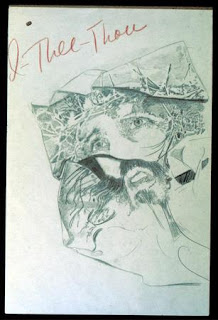 To open up blind eyes To set the captives free
To confound the wisdom of the wise He comes to bridge eternity.

The lion became a lamb To become a lion again
That through his slaughter We may stand as he stands.

He comes as servant To make us right
He is the One In whom God delights.

Designer of our image Author of all creation
Maker of the cosmos Now speaks incarnation.

Oh Light that is the Life of Men 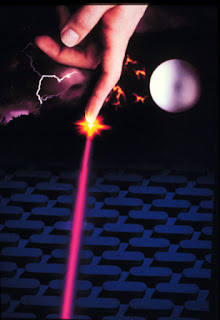 Oh light that is the life of men
Illuminate the night again
Your great glory show to us
Poor sinners whom you declare just.

Oh light that is the life of men
Darkness cannot comprehend
The searing rays of glory shed
Abroad to bring life to the dead.

Oh light that is the life of men
Shine upon this world of sin
And make the darkness flee
Lord shine your light through me.

The Horizons of my Heart 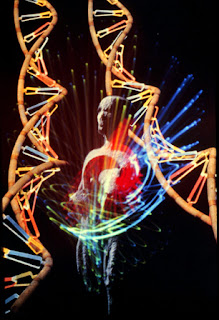 Beyond the sunset of my desire
Set in me a holy fire
That lights the twilight with its glow
Where the Morningstar rises I'll go.

We lift our Eyes 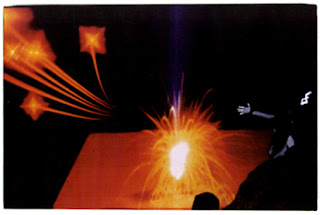 A reservoir of hurt and shame
Where drowning in the dust and pain
We betray our bent and bear the blame
Oh Christ help us long to confess
Help us receive
Help us believe in your beautiful brokenness.

Repentence for sin yields up peace as we yield
Healing is ours if we would be healed.
Give the gift of your beautiful brokenness
We need your rod when our hearts fail to confess

Purge my sin for woe is me
I am undone so I’m set free
The grace on which my heart depends
The breath of life and forgiveness of sins
New creation and a heart that’s cleansed.

Through life arise, through death arise
From the depths of darkness we arise
The light of new birth breaks on our eyes
And so with Christ we shall arise.

Anthony Foster
December 2010
Posted by Anthony at 6:12 PM No comments: 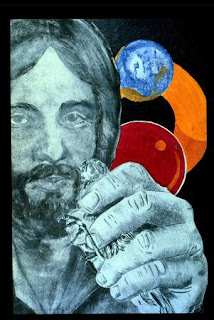 Our hearts are made of miry clay
When troubles rise our souls give sway
We call you Lord for fail to obey
Our spirits groan our hungering need
We break our lives on living stone
All the truth that can be known
Confronted by the seed we’ve sown
Yield naught but broken reeds.

The Lord has been gentle, so gentle to me
His Lovingkindness is all I see
He sends me love notes from heaven above
And nothing shall separate us from His love.

You enter into that violated place
And shed abroad your glorious grace
On eyes that have not more tears to weep
A place where the brokenness is deep
These gates you enter and reveal
The marvelous myst’ry by which we are healed.

Anthony and Earnestine Foster
December 19, 2010
Posted by Anthony at 6:12 PM No comments: 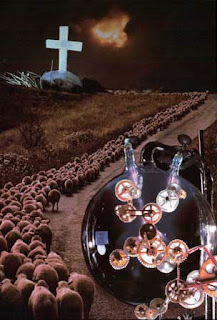 Trust his timing, trust his plan
Trust when you don’t understand
The fullness of time has surely come
And God sends forth his only begotten son
Fulfillment of the story of Israel
Messiah is our Emmanuel

This is the good news that we tell
Redemption comes from slavery’s chains
The more sure word has splintered hell
And freedom’s foundation he ordains.

The more desperate our need
The more joyful our joy
The righteous branch from the woman’s seed
Has come to us as a baby boy.
The dungeon’s depth from which we are freed
Reservoir of grace sees death destroyed

This is the good news that we tell
And so His loss becomes our gain
The resurrection now has rent the veil
And bold redemption Christ proclaims. 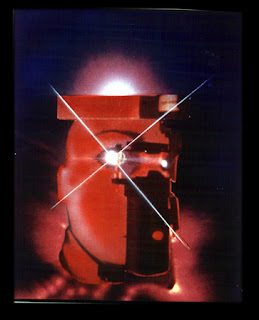 God most high came down
To live among your enemies
To dwell among creation’s crown
And to die from hatred's dread disease.

As Moses lifted up in the wilderness
The serpent image of Israels’ distress
Whosoever believes
In the lifted one receives
Healing from His wounded righteousness.


Anthony and Earnestine Foster
December 19, 2010
Posted by Anthony at 6:10 PM No comments:

The Voyage of the Dawn Treader-Review

In the third installment of the Chronicles of Narnia, we are taken up with the Voyage of the Dawn Treader. This is an archetypal questing story. At the beginning of the story, the two youngest Pevensie siblings are left with obnoxious cousin Eustace Scrubb, who generally makes life for them miserable. All three children are swept away into Narnia though the portal of a painting of the venturing ship. Finding themselves adrift in an ocean, they are conveniently rescued by the crew of the Dawn Treader which is passing by.

Lucy and Edmund discover that the ship is inhabited by Narnians from a few years after their last adventure, and among them is King Caspian, who is on a journey to retrieve seven lords of Narnia who were exiled during the reign of his evil uncle Miraz. One of the weaker features of the film is that we are never quite sure about the gravity of the quest, or its clear purpose. It would have been accurate to play up some of the allegory at this point, whether is be of a King leaving his kingdom to search for lost subjects, or the idea and imagery behind the seven swords given by Aslan to protect Narnia.

For the most part, the Hollywood version of the text works pretty well as far as it goes. This story had to be difficult to translate to the film medium. It could have been done better, especially if the omission of a couple of key story lines that were in fact, changed from the original, had been faithfully interpreted. Importantly, both of these story elements centered on the grand Lewisan (and bibllical) theme of redemption. The rest of this review will be concerned with those changes, which I have not yet been able to fathom a valid rationale for.

At the first of the movie, we find Lord Bern occupying the same prison Caspian and Edmund are cast into. In the text it is Bern who redeems Caspian from the slave market. Then the governor of the Lone Island is sought out, deposed, and Bern is made new ruler of the region. This establishment of authority over the lands Caspian encounters is curiously missing in the film. the rest of the cast is involved in the rescue of the captives from the slavers at this point. When they board the Dawn Treader, Eustace wants complains incessantly, much like Israel wandering in the Wilderness.

Again a major change in Lewis' story is imposed at the end. In the book, when the captives from the Lone Island are set free, it is by virtue of one who gives his life for them- Reepicheep. In the movie, he rows to Aslan’s Country, but the redemptive strain of the action is totally missing. He is admitted because he has a valorous heart, according to Aslan. This is another unnecessary and not so subtle change in the text, and in the theological construct behind it.

It is understood that the story might have come across as a bit boring without some of the embellishment of the more sensational features and creatures in the book. I would posit, however, that the missing allegorical features would have made the story stronger if they had been left intact. Not sure how the Narnia policeman, Doug Gresham, missed all these.

At the Burnt Island the ironic imagery of one (Lord Restimar) who immerses himself in water to obtain worldly gain and is turned into literal gold is mostly lost in the film. The evil magician is recast into a kindly benefactor, not one sending the questers to danger and potential doom as he had sent the seven Lords before them.

More missing features of the story left unrequieted holes in the movie plot that where wholly unnecessary. It makes one wonder if the director read the book deeply. Aslan’s appearance to Caspian is missing, and I was unable to discern the message from the fallen star Ramandu to the crew. I must have blinked. In the book, Lord Octesian is supposed to have been the dragon whose treasure Eustace chances upon and pilfers. The image of Eustace as a dragon desperately clawing to remove his dragons’ scales and having them grow back was played down, and rather than have Aslan rip the covering from him, we see a slight pawing at sand and then a roar from the great lion transforms Eustace back into a human being. At least the element of Eustace’s total inability to free himself from his state of being was held mostly intact. Finally, I cannot fathom why, at the end, when Aslan appears it is not as a lamb who transforms into a lion, but as the same Aslan we see elsewhere.
Posted by Anthony at 6:20 PM No comments:

Joy to the World

This verse just struck me between the marrow and the bone-

He rules the world with truth and grace,
And makes the nations prove
The glories of His righteousness,
And wonders of His love.

My prayer is that OUR NATION will be made to prove the glories of his righteousness and wonders of His love this Christmas. It has to start with my heart and your heart, one heart at a time, and it has to be perpetual.
Posted by Anthony at 10:53 AM No comments:

Sing to My Bones 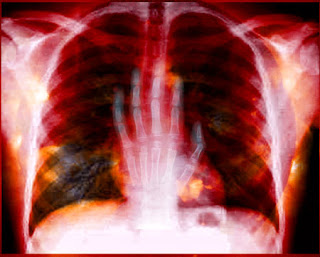 He will sing to my bones and they will dance
I encounter the joy that only Christ grants
Fill that God-shaped space you carved out in me
Hallow this hollow heart and set me free.

And a harmony holy and happy and true
Sourced by life’s righteous fountain above
Flows forth and dry bones are born anew
And prove the wonders of your love.

Deep is now crying unto deep
For the glory the Spirit now groans
Inexpressible prayers take root in the weak
And break forth as You sing to my bones.

As You sing to my bones then they will dance
I encounter the joy that only Christ grants
Fill that God-shaped space you carved out in me
Hallow my hollow heart and set me free.