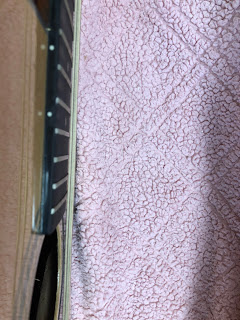 Before- the action was over 1/4 inch to start with... and the bridge was lifted to over 3/8 of an inch gap, over a substantial belly bulge in the lower bout. 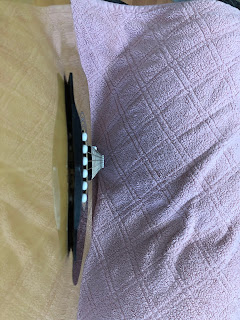 There was a bow in the neck... and the tuners were loose. 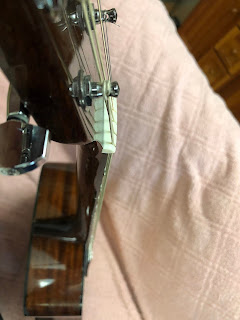 The bridge plate was a little shredded... but surprisingly no braces were loose. 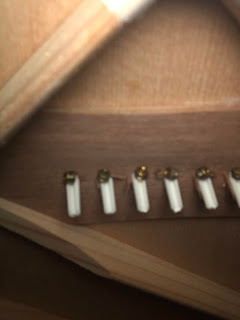 So the bridge just popped off in my hand once the bridgepins were removed- no separation required. I made a couple of cauls (from steel electrical gangbox covers) to place on the bridgeplate and the front of the belly, which was 5/16 of an inch out of plane on each side. I moistened the spruce first then heated the cauls in boiling water to about 200 degrees before placing them inside and out- held in place by rare earth magnets- and then clamped with a damp piece of chamois under the cauls. 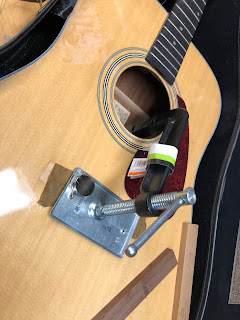 I applied more heat to the metal cauls with an iron heated to 200 degrees. 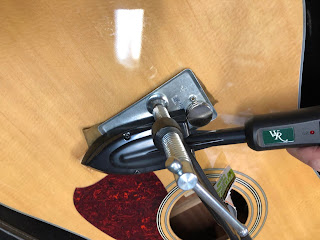 Also applied steam to the area... 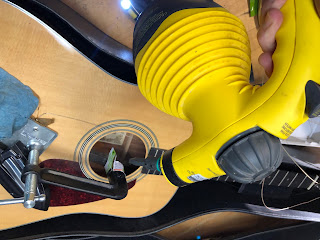 While that was clamped I cleaned and flattened the rosewood bridge. 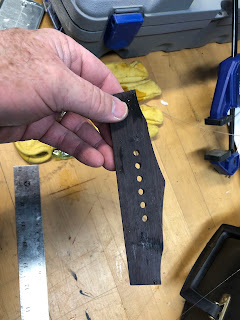 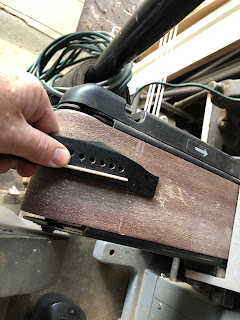 After removing the cauls 24 hours later, the belly bulge had diminished  quite a bit- A little bulge is not a bad thing. It went from 5/16 gap one each side to about 3/32 inch or less on each side of the straightedge. Success! 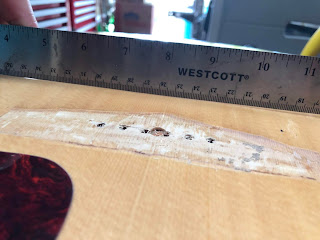 After adjusting the truss rod the action was further improved as well. No more bow. 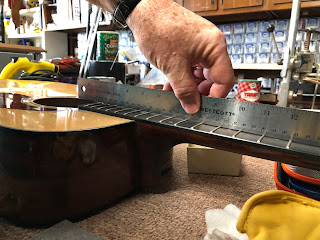 Reapplied the bridge after compensating for the residual bulge. 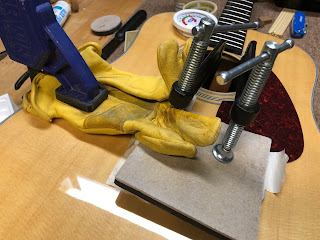 Dressed the frets and polished them. 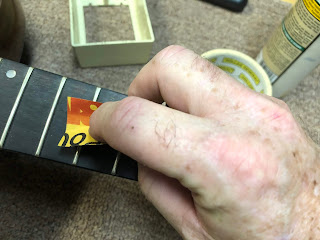 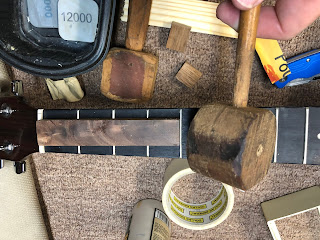 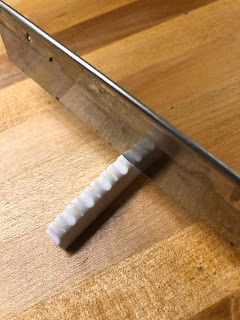 Here is the reattached bridge. Not done yet though. 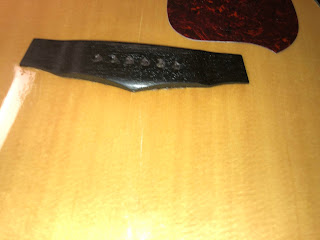 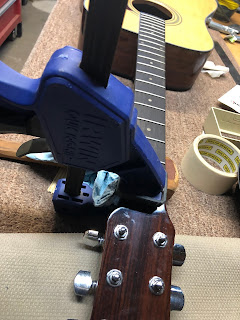 Reamed the bridge pin holes as the new bone bridge pins were a bit larger than the plastic ones I removed. 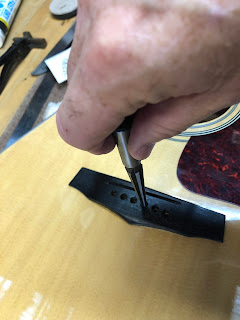 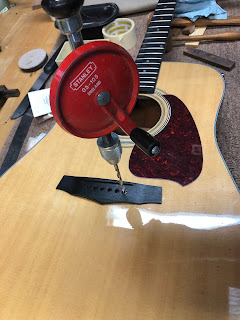 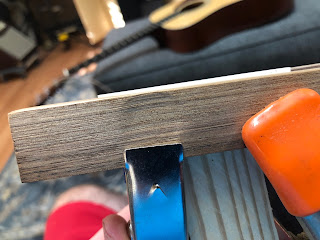 The new compensated bone bridge had to be thinned down and shortened. Built a jig to get an exact fit on the belt sander. Burning bone smells like the dentist's drill. 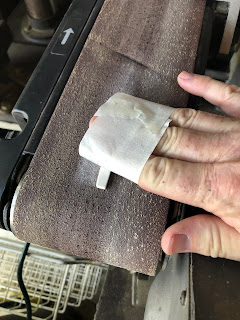 Here is a shot of the new bridge and belly reduction. Wish losing weight was this easy... 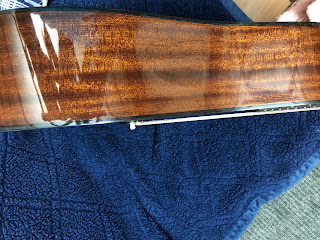 Inexpensive  beginner guitar, but now it plays well and  should  be sound for some time to come. 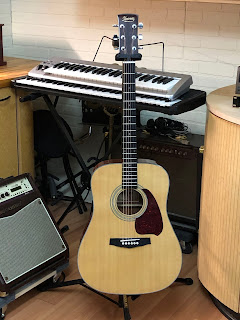 Posted by Anthony at 8:34 PM No comments:

We Proclaim the Glories of our Savior 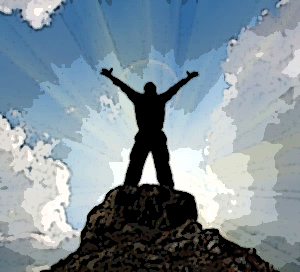 in Christ alone We place our trust
Alpha, Omega, last and first
Lord of all, Righteous and Just
Savior to all who for Him thirst.

Our hope and refuge is in Christ,
He is our beginning and our end.
There is no other love that has sufficed
He is our keeper and our friend

Posted by Anthony at 3:05 PM No comments: