The weather outside is frightful 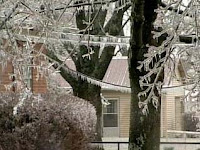 ...but I have my Digital fireplace on the TV and the fire is so delightful!

Interesting. Would Jesus say "Huh?"
Posted by Anthony at 2:25 PM No comments: 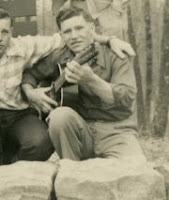 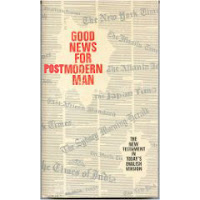 Just saw the Curious Case of Benjamin Button this evening. The first thing I note is the liberties the screenwriters took with F. Scott Fitzgerald’s short story. The infant Benjamin bears no resemblance to the bearded articulate old man of the story. The results are an appropriately lush embellishment of the original which it bears little other resemblance to than its title.

Jonathan Edwards wrote in his Resolutions this ninth entry: "Resolved, to think much on all occasions of my own dying, and of the common circumstances which attend death." Chances are this didn't make the top ten of your New Year's resolutions, right?

This film will force you to think about the meaning of life. That holy place is where this movie took me. In spite of its failure to rise to the greatness it held potential for, I believe it is important in the fact that it highlighted the impermanence of real life in a cosmetic world dominated by youth culture. It raised important questions which it ultimately left unanswered, but hinted at- intimations of eternity, and of heaven are present in the various characters Benjamin encounters along his descent into infancy. Benjamin is different, and difference insures loneliness, but also drive him to seek connective relationships.

The sets are gorgeous, the effects are transparent and believable. From the tale of the blind clockmaker (I took this as a veiled, if inappropriate reference to God) to the blustering artist/tugboat captain/naval commander we see types and lessons to be learned. Yet in its concern for becoming maudlin, it seems to have retreated too far from affect. Benjamin is so serene in most cases that his bouts with doubt are hard to identify as real. The story is told against the backdrop of the emerging hurricane Katrina that repeatedly reminds us of the transcience of life in the wake of nature.

I was taken back to the question Forrest Gump powerfully asked- some people think life is predetermined and others think we are floating like a feather on the wind- this film adds a powerful third perspective from Queenie, Benjamin’s mother. She insists the hand of God is in everything. Benjamin is a miracle and it is in no small part the power of her love that is the most redemptive thread of the movie.

It is also a film about hope and the power of making choices to make our lives better and to be willing to start over if necessary rather than succumbing to the droning of life. In this aspect it was very much in the mold of Fitzgerald, but in my opinion it does not descend into the self-made man “lifted up by his own bootstraps” syndrome. This is a strong, evocative film that was a pleasure to escape into for almost three hours. Life is lived in time and we must spend it wisely for we can never recover it. These hours were not wasted, and it will provide fodder for many more good conversations at home. With Edwards, we can see life’s impermanence as a galvanizing force rather than a paralyzing one. Both of the key characters had to deal with this in their lives. So must we all.
Posted by Anthony at 11:01 PM No comments:

So far we've come up with 429 old sayings our parents were known to use on a consistent basis. I have a theory that this is in part the reason why Earnie and I are very strong analogical thinkers. Anyway it's just a theory...

The sayings we grew up with...

This is a work in progress, as we keep thinking of new ones. Earnie's folks, especially her Mom, had a saying for everything, and sometimes she even pulled the old switcheroo and combined sayings in funny ways, We called those Jennyisms. Here is the first installment, as the list grows longer...

I knew something like this would happen...
Posted by Anthony at 6:09 PM No comments:

It Thrills my Soul 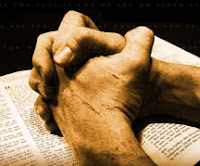 For the past dozen-plus years since we left Dallas, we have been the beneficiary of prayer support from a group of ladies and other friends from our former church. I cannot express (but I'll try) my appreciation when we get a prayer letter from the Mary Lou's. These are now ten ladies who meet weekly for prayer. This is the sort of prayer that avails much- persevering prayers of the righteous sustain us and our life. We stay in contact with these folks and take encouragement that they have not forgotten us though we labored in their midst so many years ago. I also hear on a regular basis from dear friends the Gotts who are ever in our corner. I don't know where we would be without the prayers of our friends. We need all the help we can get!
Posted by Anthony at 3:18 PM No comments:

FInished Comprehensive exams and now it's up to the evaluators... I actually had a weekend (remember those?) before making contact on my prospectus. Back to work and creating a learning portal as of today! Thanks to all who have been praying for the process!
Posted by Anthony at 10:33 PM No comments: