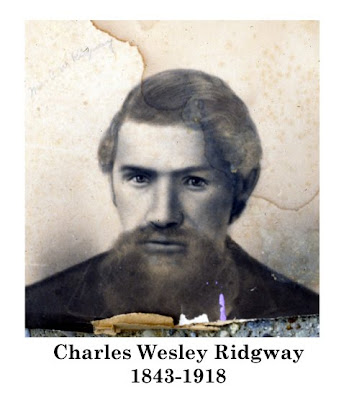 At the close of my first school the scholars were all required to get speeches to recite the last day of the school. I had learned very well and had not got as far as baker in my spelling book and could read a little in my First Reader. So it was decided that I should have a speech. They had some little trouble to find one to suit me and a good deal more in learning it to me. I must make a bow before I began and one when I closed and must speak out loud.

Now a little fellow who will do just as you tell him is a funny thing. So I made up my mind to speak it according to directions. You can see now how I am going to get into it. After a number of scholars had spoken, I was called upon to speak. I took my place upon the floor but felt a little nervous when the people all looked at me. They all seemed perfectly composed until I made my first bow, when a little blushing smile ran over the audience and the faces before me continued to redden while I spoke which reached its height when I made m first bow. I knew that I was doing something curious but I did not know what it was.

Now I had followed the directions a little too closely for my own good. They all thought I had said my speech real well, except that I bowed a little too low; I spoke out too loud and stood with my feet most too wide apart, so if you want my picture, you can take a little stuffy, dark complected fellow in tight clothes in that position and doing things with a vengeance and you have it. Oh yes! I promised to tell you what the speech was. I am a little ashamed of it, but I will tell it.

See the chickens ‘round the gate,
For their morning portion wait
Throw some crumbs, and scatter seeds
And let the hungry chickens feed;
Call them; Oh! How fast they run
Gladly, quickly, every one.

You are ready to ask, “did any one else speak?” Yes, almost all the scholars. But the one that interested me most next to my own was “uncle” Dave Harris (?) He was much older than myself and being a good scholar and a fine speaker, he said his speech well. He had a lengthy speech about a sly fox that went to rob a hen roost. Now “uncle” Dave was so graphic and so real in his description that the scene seemed actually happening right there before us. We could see the fox so plain when he was trying to get through that tight crack in the hen house that I almost got him by the tail. But when he got in and “uncle” Dave began to describe the havoc he was causing inside, I could hardly stand it.

That was my first exhibition and things seemed so real, but I was delighted when the fox tried to come our and could not come out. He had grown larger since he went in and I remember seeing the old farmer kill him with almost as much reality as if it was actually happening right there before me.

All this was years ago, and yet it is as fresh in my memory as it was then.