News about the FBCM tragedy 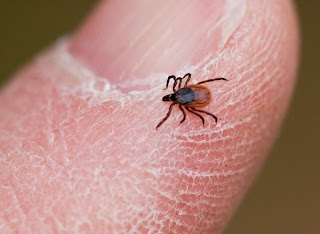 I've been availing myself to information on the effects of Lyme disease. My Dad had Lyme disease at one point, but was cured of it. Some of the press is focusing on the mental illness of the assailant allegedly caused by the disease, and others are alleging Satanic attack. Which is true? Both? Neither? Is one related to the other? To read some accounts, the tick is really the culprit.

In reality, the effects of the Fall do trace back to the garden and continue to this day. There certainly is such a thing as evil. Satan is alive and well. It seems absurd to even have to verbalize this truth given the state of the world. Disease and mental illness are real and often confused with demon possession. They are often treatable and we praise God for the wisdom of doctors who can help in cases like this. So much is yet to be revealed in this case and we look forward to focusing on the solution- and not affixing the blame from our finite point of view. We all want to get inside the head of the purpetrator in times like this, and reasonably so. We want to understand.

Perhaps in the middle there is a reasonable answer we can come to, but now is the time to pray and send up petitions, to draw close to God and find out peace that the world has tried to destroy. God is on his throne and Fred's death was no surprise to Him. So while we grieve for the family and friends, we also take assurance that we can trust God to be good, even if it kills us, there is an eternity of blessedness ahead for those who pursue the obedience of faith- to be found in Christ.
Posted by Anthony at 11:51 AM