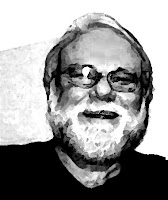 I am so blessed.

Dissertation defense turned out to be celebratory and a chance to talk about what I learned in the prolonged process. I said in another post that my advisor and reader's kindness left me a bit humbled- I think it is more than a bit, in fact having affirmation from people you respect is just about as good as it gets this side of heaven... I stand amazed at God's goodness in all of this...

So... I didn't get much sleep last night, my heart was so full. Today has been an exercise in trying to get back into a flow, wrote several thank you notes, followed up with coworkers on several issues, but mostly getting re-grounded. And I posted quite a few lyrics, most of which are still in search of melodies. Life is also like that at times, but songs have been reigning in our lives for the most part lately!

The strangest part was when Dr. Bredfeldt called me Dr. Foster. Don't think I'll be using that much in anything other than an official work capacity.

Earnie observed that yesterday was a turning of a page in the book the Lord is writing for our lives. The page will never come again, but we can return to it in memory. It's the very satisfying culmination of a journey that started October 1967 when I submitted and committed my life to Jesus. I remember preaching my first sermon in 1974 on Youth Sunday at MWFBC. I remember the affirmation I received from Dr. Duane Litfin in 1986 as we began our seminary experience at Mid America in Memphis. Thank you Second Pres of Memphis library for letting me devour thousands of messages from Schaeffer, Boice, Sproul, Guinness, Roger Nicole, Packer, Metzger, and many others who were my surrogate teachers. I think I gained a better theological mind than I ever could have realized at seminary alone because of these resources.

Then we took the journey through Midian and several great churches in Dallas- and men who influenced me there- Gary Inrig and Ray Bohlin at Reinhart Bible Church, Bill Lawrence and Howard Clark at Northwest Bible Church, and finally Bob Palmer at our dear New Covenant. Thank you all, and especially the Mary Lou's whose prayers have sustained us all these years.

That led to both of us attending Covenant Seminary starting 1996 and being blessed by Jerram Barrs' courses, then grad school in 1999 and our five creative and valuable ministry years at FBC Maryville before meeting Tim Lewis, the pastor that encouraged us into receiving this blessed phase. Under Tim's guidance, Bethel Baptist gave me the opportunity to be licensed to the Gospel ministry, for which I am incredibly grateful.

Then there was the unforeseen and astounding opportunity- as our initial intention was finishing up the MDiv I had started at Mid America and continued at Covenant. I remember Dr. Bredfeldt asking me why I wanted to do that when I could go directly into the PhD after going through the levelling process in less than a year to gain equivalency. Three theology courses later and I was in.

It's been like wandering in both wonder and wilderness and crossing the Red Sea. God closed up the window of opportunity as surely as he opened it and led us through. We are anticipating the blessedness of knowing the Lord is ordering our days.
Posted by Anthony at 3:57 PM

Thanks for elaborating on your journey. I learned a number of things about your way. "From Dallas to Doctorate".