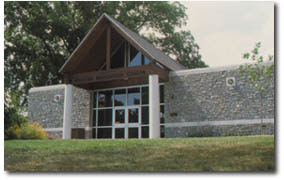 We attended a SNAP mix and match event yesterday at Salato and it was a diametric departure from what we experienced earlier in the year, where there was little mixing and no matching, and the caseworkers and volunteers seemed all too shy. We taught a couple of great kids how to fish (their first time!) and got to know a couple of others as well, one of whom impressed me with her active mind and interaction with the other kids and workers. And one of the kids caught a fish about ten seconds after drowning her first worm. That was too cool.

We went through a wildlife exhibit and talked about beasts and bees and bugs. This was incredibly encouraging for us as we also got to spend some time with some of the workers involved in the program from another part of the state. We also had some incredibly responsive kids to get to know better. We're praying the Lord will see fit to bless us with further interaction, if it be His will.

We need encouragement big time as we have been a part of the system for nearly a year now and have had one roadblock after another. We wish we could take ALL of the kids in and raise them in the fear and admonition of the Lord. I watched as one young lady (whose name I cannot mention for sake of anonymity) praying over her meal and was reminded that in the crisis times we all go through God is faithful and reveals himself in kindness and tenderness to us all, if we will receive Him. It was a view of the good, the true and the beautiful that uplifted my spirit in praise.

We were blessed to visit a local church this morning and the make good on an invitation we had some time ago. One of the members who was one of my favorite people when I was a child is a member there and had called my Mom recently to invite her to their church. We briefly reminisced about the shoe shine kits he helped us kids make in VBS circa 1965 or so- which is still in service, I may add- and that he also used HIS this morning.It was the kind of feeling only afforded by a spiritual heritage and there's nothing on earth that can replace that. We also heard a VERY sound message from Isaiah 53 this morning on SIN. It is a paradox that such a message could be so encouraging- but that is life this side of the cross. Knowing that there is an ABSENCE of condemnation in Christ is something we often take for granted, and regular, sound theological expositions of Sin and its CURE from the pulpits of America could go a long way in righting our course...
Posted by Anthony at 3:09 PM

Finally it seems that the logjam is breaking up a little! From little acorns come mighty oaks, so we'll pray that an oak is on the way.

Me, spiritual? I hope so. Cynical, sometimes. Realistic (in the good sense of the word), yes.

Which leads me to remind you two that kids that have been in the system for some time, have learned how to play the percentages. Percentage is high that someone looking for adoptable children will be christians, and acting out their ungodliness doesn't produce a new home. Ergo, to act as if one appreciates spiritual things such as praying before meals, does not reflect the true condition of the heart.

I'm not suggesting you shy away from unregerated children, but that you be aware that what you see may not be what you get.

May love and wisdom be yours in abunadance,

The word verification word of the day is jechea. (Wasn't that a village in Joshua?):^)