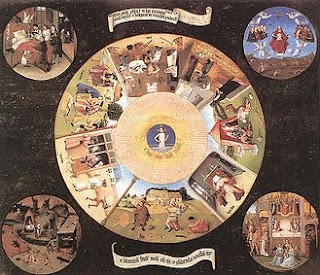 In the Book of Proverbs, it is stated that there are specifically "six things the Lord hateth, and the seventh His soul detesteth," namely:

Haughty eyes
A lying tongue
Hands that shed innocent blood
A heart that devises wicked plots
Feet that are swift to run into mischief
A deceitful witness that uttereth lies
Him that soweth discord among brethren
Posted by Anthony at 2:47 PM